Ron C. Moss is a Tasmanian poet and artist whose haiku and short form poetry, has appeared in leading journals and anthologies across the world. His award-winning poems have been featured many times and translated into several languages. ‘Cloud Hands’ (Walleah Press) is the fourth major collection of Ron’s previously published haiku, and it brings together work from more than twenty years of writing. 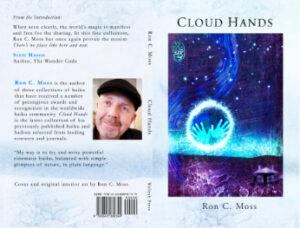