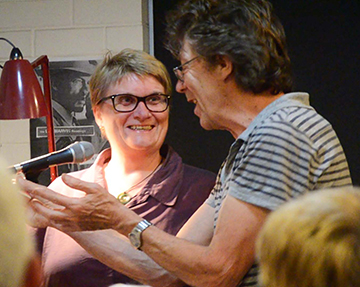 Jill Jones and Ken Bolton at the launch of Jill's 2012
collection 'Ash is Here, So are Stars'.
Lee Marvin Readings, Adelaide — October 2012.

POETRY SELECTION FROM 'ASH IS HERE, SO ARE STARS'

Embedded Dreams
Tracking
Are you Worried About Yourself?

REVIEWS OF 'ASH IS HERE, SO ARE STARS'

This is Friday high up
Palm and rope
The eclipse
Chains
Mouth Song
Gold
Unsettled
Dreaming Futures Amongst Sounds of Matter
Two poems: 'I Walk As Jittery Mortal', and 'Time Would Choose'

Cheering Up Our Lady

A conversation with Jill Jones

Ash is Here, So are Stars by Jill Jones was published in October, 2012. This book by award-winning poet, Jill Jones, revels in language’s restlessness, enchantment and grit. Its voices are full of complexity and spontaneity, urgency and delight. Ash is Here, So are Stars contains an expanded version of the sequence ‘In Fire City’, which was shortlisted for the 2011 Whitmore Press Manuscript Prize. The ‘city’ in this sequence is made from textual and material intensities sampled from Australian cities, as well as traces of real and imagined cities that may resemble a London, LA or New York. The book also contains three longer poems that took shape when the poet lived and walked through areas of Sydney.

‘Jill Jones’ poems engage with ephemeral potentialities — ‘voices might break light’ — as they roam through the vernacular to zen minimalism to nature’s larger atmospherics. She contains chimerical free association by breathing and walking. This is projective poetry going at full steam. To quote the poems, these ‘slippy works’ ‘don’t pussyfoot round the sidelines’.’ – Pam Brown

‘These are poems where lyric is unforced and multi-voiced, and their rhythms and metaphors set the reader free of ego. … Nothing is merely ‘observed’, conversations are not simply recorded, but cleverly sampled and remixed. These poems recharge the ideals and undermine pretensions of a suburban sublime. There is a sense of play, great wit, irony, and affection. … Jones also takes on Australian violence and ugliness, leaving certain targets shredded in collaged vista.’ – Adam Aitken

‘A magnificent shot in the arm for Australian poetry. Harmonics ride over surprising chords of words here, multi-dimensional in the main, which then break into light. Once you settle into the surprise of it all, it ambushes you again. That is to say, there is no plain sailing here, ‘waves wave without greeting’ but take you along labyrinthine directions. (Safety vests advisable.)’ – Andrew Burke

Jill Jones's urban dystopia Ash is Here, So are Stars is rife with cops, bailiffs, the ministry, the extras, speed cameras, dud freeways, libertarians, mimics, and arsonists. Not all the poems are anarchic, but the free play and associations, the rhetoric of an anti-poetic language is more than quietly subversive. Jones writes in hieroglyphics, inventing a code that exposes the debacles and corruption of contemporary life, of the literati, where 'Each word is a tip off' and 'Each translation a form of waiting.' Irony and anger walk hand in hand with interrogative poem titles and their indicative mood: 'There were votes in airplanes & trampolines, teacake/for dolphins & yogis.' - MICHELLE CAHILL, 'Aspects of Australian Poetry 2012', Westerly, 2013. 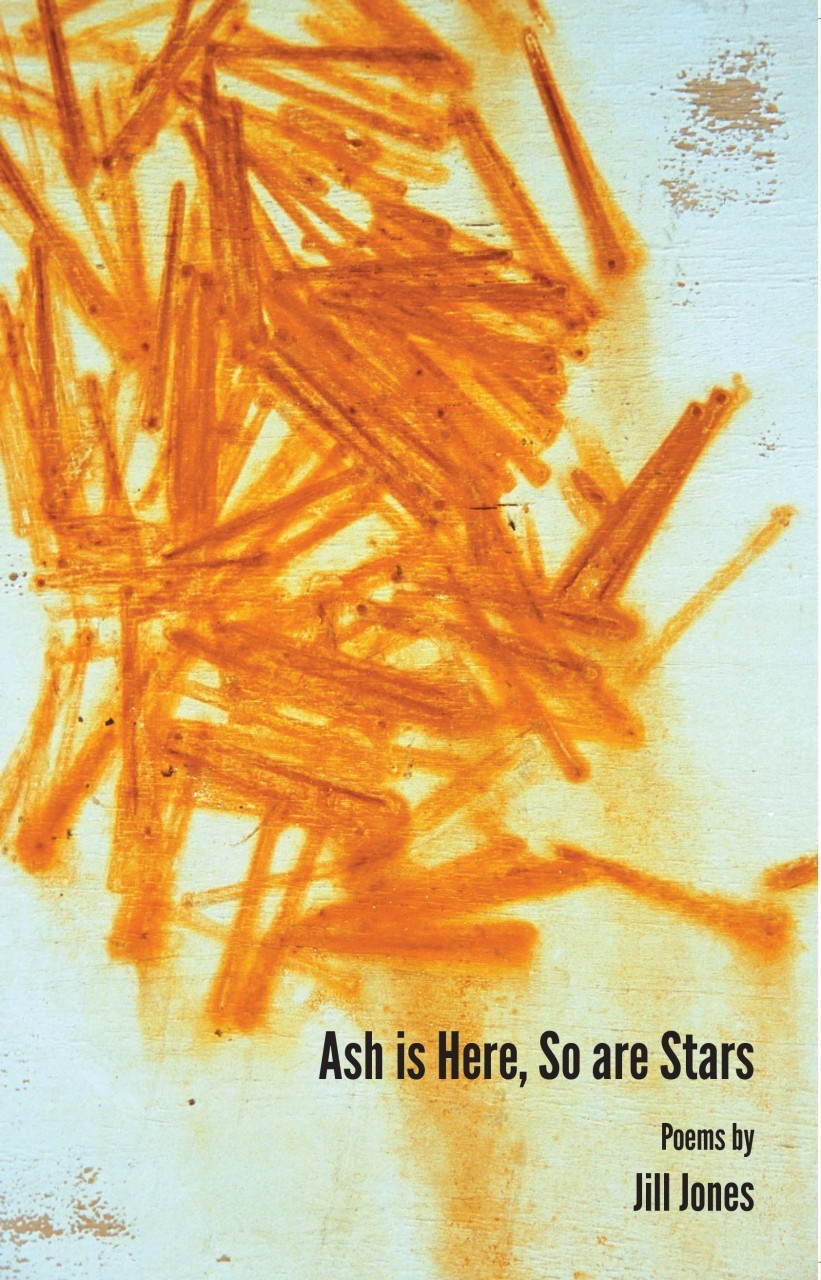