I’m much complimented to have been asked to launch this selection of Anne Kellas’s work that spans poems from 1986-2016, that’s a neat thirty years, a considerable accomplishment. Before I speak about Anne’s work, I’d like to express my ongoing appreciation to Rob Riel who established Picaro Poets and to Ginninderra Press for 17 years of continuing the poetry pamphlet series. The pamphlets have been dependably well produced and designed, they are simple and eminently pocketable.

I like the way that poems in this series, even those that you know well, take on a different nuance in this form. …So, I’ve enjoyed reading the poems I’m familiar with in The Netted Air, a third of which are from Anne’s most recent book The White Room Poems. There are also poems from Poems From Mount Moono, (1989) and Isolated States (2001), other newer works are yet to appear in book form.

As well as enjoying the intrinsic merits of each of these works, I find it illuminating reading these poems in each other’s company and to hear and recognise the consistency of a distinctive voice over a considerable period. Ultimately, the reason we go back to a particular author is because we’re drawn to their take on the world. For me, with Anne Kellas’s poems, it’s their unique angle of perception, the lightness, the adroitness with which they go to the quick of experience… and the habit they have of exposing the reader’s quick to themselves.

Almost unfailingly in her poetry, Anne Kellas declares nothing and suggests everything. Why does a six-line poem like Waiting for the Bus affect me so deeply when it tells me so little? I see this to be a poem that is …born of empathy and about empathy. The simplicity of the diction is striking… the use of the word “sadden” in close proximity to “bread” puts me in mind of the earliest OE use of the word “sad” meaning “heavy”; (a loaf of bread at that time eg was normally sad). Waiting for the Bus ends with a gentle profundity in its final image.

The poem For Z Under House Arrest, Johannesburg 1988 is also born of empathy. It’s a poem of its political, geographic and historical time and…. regrettably, it is a timeless, universal poem about absence of freedom. It reminds me of Cavafy’s hair-rising-at-the back-of-the-neck poem: “Walls”, that is also about freedom.

Anne Kellas was born into South African apartheid. In high school I studied South African politics and read Alan Paton’s Cry The Beloved Country – that famous novel about a black man’s country under white man’s law. It seems astonishing to me now that nobody drew our attention to the essential fact that Aboriginal Australian people had been granted the right to vote only four years earlier. Anyone born in Australia before the 1967 Referendum was also born into a country in which racial discrimination was sanctioned and institutionalised in law.

In Anne Kellas’ poetry, I imagine, the long shadow cast by the extreme violations to civil rights she encountered in the first half of her life has left its indelible mark on her poetry as an unseen, powerful and nameless force. In the previous poems, (Waiting for the Bus and Under House Arrest) and more explicitly, in Compton’s Place and From the Borderlands, there is an insidious presence at large, foreboding at best and, at times, terrifying. Listen to the opening of From the Borderlands…..

The distant barking of the dogs of war
And the panicked laughter of children
All caught up in the autumn wind, with the leaves running
And the trees holding on,
And always the music hidden in the order of it all.

The History Lesson, is another very short but formidably potent poem whose first person narrator could be any land or nation at any time….today it could be Syria or South Sudan or southern Myanmar. It could be a mother or father or a lover…

This narrator could also be Australia (in which case the voice and tone become the antithesis of Judith Wright’s in her brilliant environmentalist poem Australia Day 1970). Unlike the bitter rage of Wright’s narrator the note reached at the end of Anne’s poem is of a vacancy born of ineffable sorrow and weariness. I find this a quietly devastating poem.

Like the German symbolists whom she says were “accidental and unconscious influences from her youth”, Anne Kellas’s poems generally reject description of an objective external reality and explore the inner world of human awareness, response and experience.

There is a gravity in her work, and … especially in The White Room-poems … great sorrow. To my unfailing admiration, Anne has found a way of treating gravity with lightness and even, at times with what can be called wit. I’m reminded in these instances of what Chekov urged when he said, “If you want to move your reader, write more coldly. ...You should sit down to write only when you feel as cold as ice.” This doesn’t mean that the writing becomes cold. Quite the opposite. Often, Anne’s poems find a point somewhere beyond the external world to transcend pain… tragedy …. and death, even the unthinkable, the death of her child, a grown up child. Anne Kellas’s last collection, The White Room Poems, was extraordinary for its ability to transcend such pain while simultaneously embodying it. I find the loss expressed in these poems almost unbearable and yet they attain a lightness and beauty …How does she achieve this? I’m not altogether sure.

Parthian Shots is a lovely example of Anne’s more obvious, or open, wit. It’s a taxonomy of the things old lovers have said when saying goodbye!

It finishes with the searing lines:

Travel slowly and remember none is loved as he deserves/and all, all love too late.

The last poem in this selection is Ocean. I love its allusion to the apocryphal story of King Canute who, in an effort to demonstrate to his courtiers that his power was insignificant in comparison to God’s, commanded the tide not to rise and wet him as he sat on the sand in his throne.

EM Forster wrote: What is wonderful about literature is that it transforms the one who reads it towards the condition of the one who wrote it.

This is entirely in evidence in the work of Anne Kellas. This is a small but potent volume. It has been a pleasure to read and reread these poems. The Netted Air awaits you. 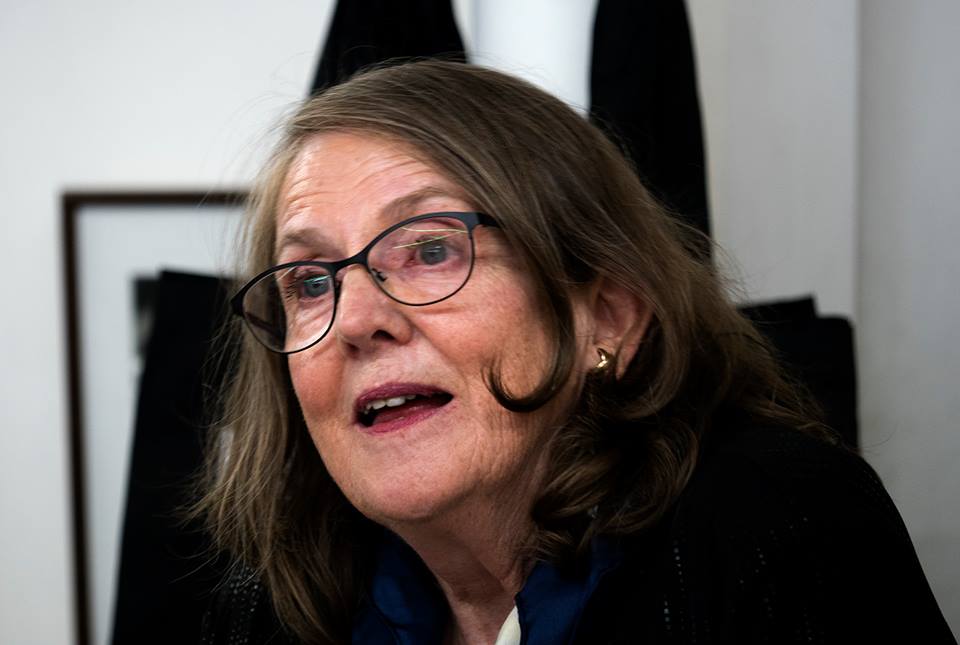 Sarah Day’s most recent poetry collection is Towards Light and Other Poems, launched in Hobart by Gina Mercer on 10th May, 2018. Sarah's previous collection of poetry, Tempo, was shortlisted for the Prime Minister’s Literary Awards and won the University of Melbourne Wesley Michelle Wright Prize. She has been a member of the Literature Board of the Australia Council and was Poetry Editor of Island for seven years. She lives with her family in Hobart where she teaches Creative Writing and English as a Second Language to year 12 students.