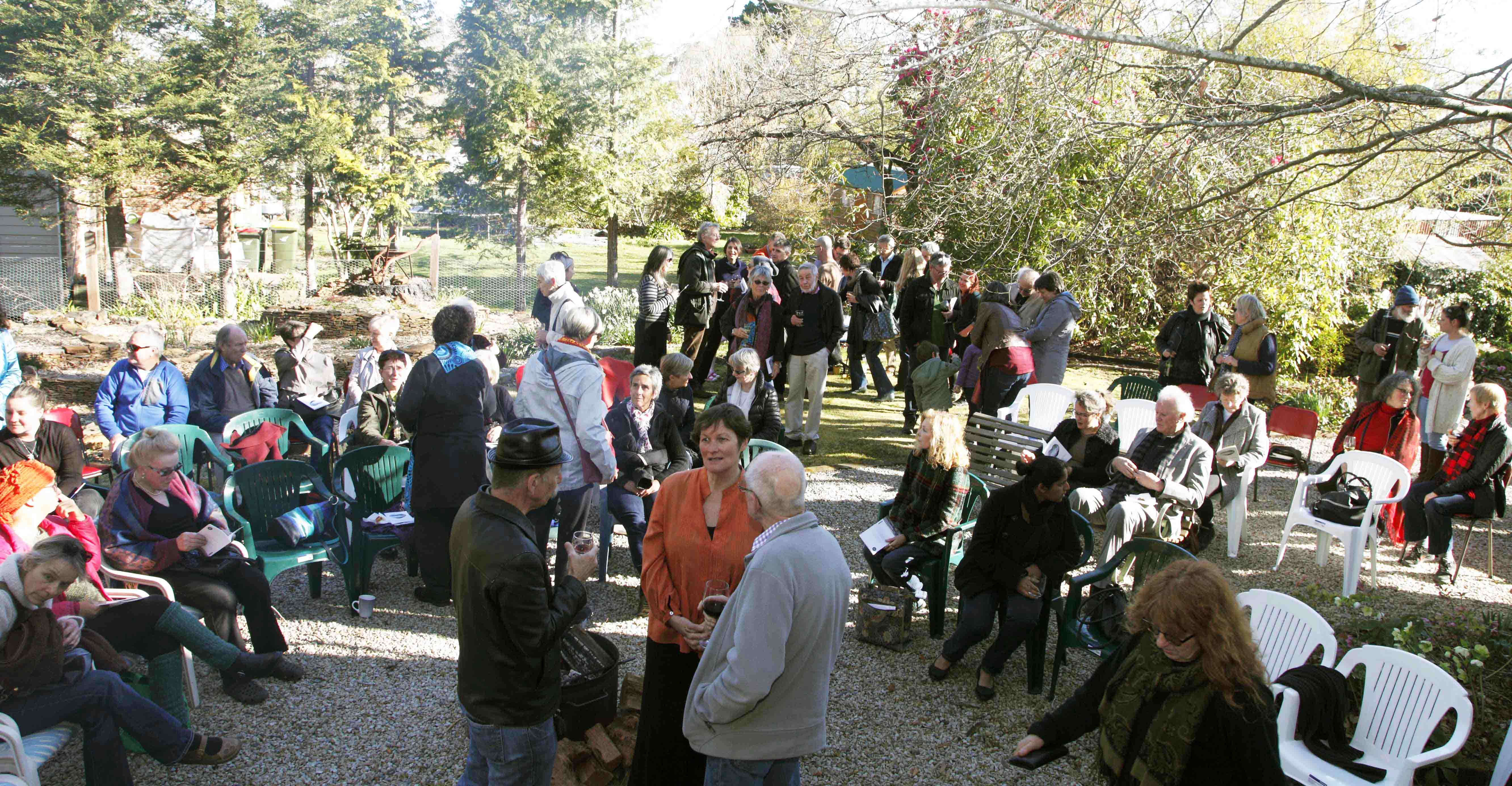 If you’ve ever had the privilege of using Deb’s bathroom you might have noticed the collection of heart–shaped stones she has on the window sill. It’s a beautiful, evolving collection, almost sculptural, and is a testament to Deb’s other practice as a visual artist. You can see where Judy Martinez has got the idea for the wonderful image on the cover here. I’ve seen these heart-shaped stones in several houses that Deb has lived in – (maybe her second collection Our Houses are full of Smoke could have been called Our Houses are full of Heart-Shaped Stones.) So the stones have followed Deb around the way these poems have also followed her, gestating in their own unhurried time. It’s like they’ve been there, in her heart, for an age and have now been released into the light. The cover image is a reflection of the beauty of the poems inside. It’s a case of small but perfectly formed, built for comfort not for speed. 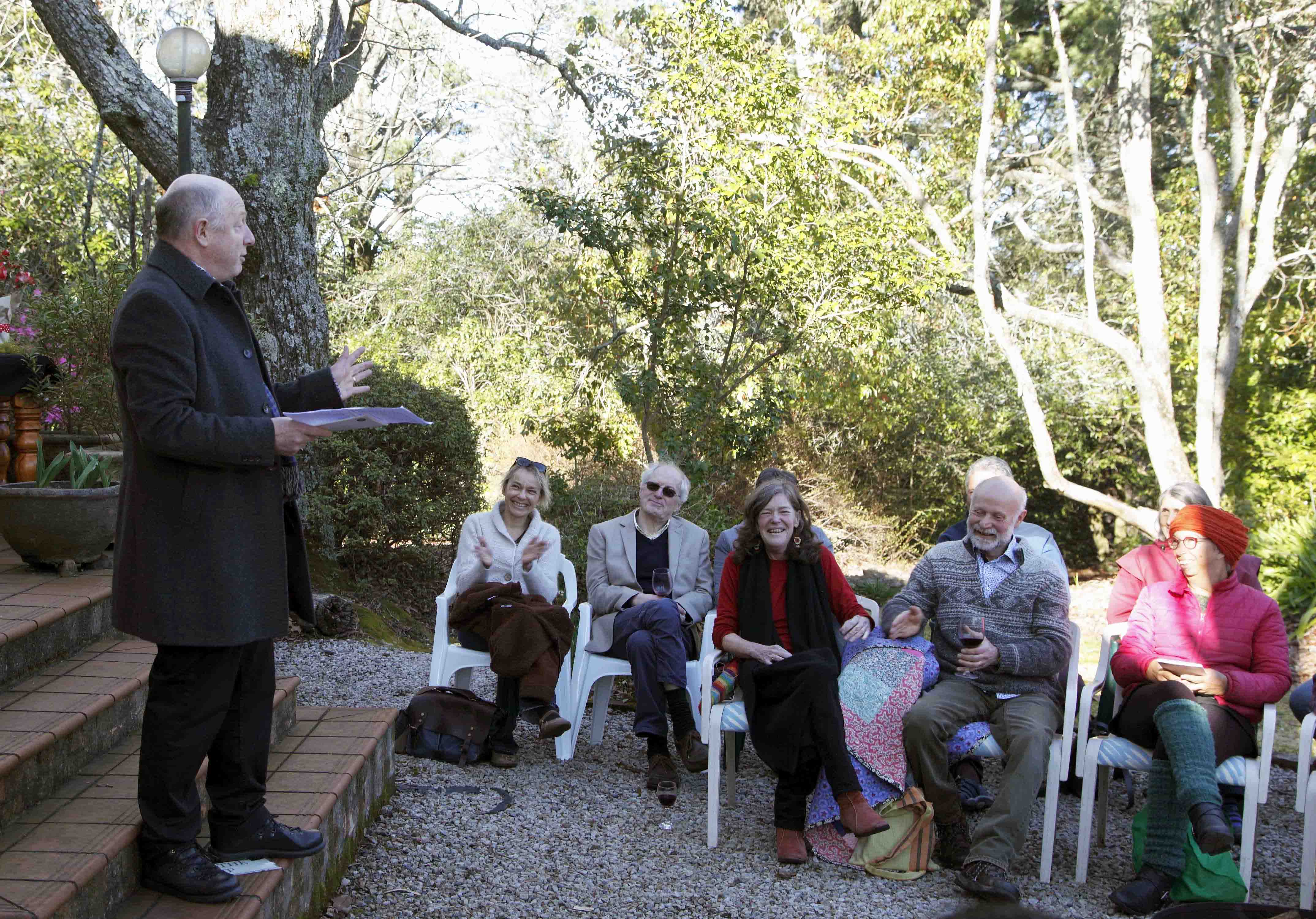 So we come to Winter in Stone Country. These are some of Deb’s finest poems. Ever. And easily stand alongside her substantial body of work. They encapsulate some of the concerns which have populated her poems throughout a long and distinguished career. The influence of her poems, and ideas about poetry have touched a lot of people throughout the country and beyond. As a teacher Deb has guided and allowed many writers, and non-writers, the capacity to bring their own voice to their experience. I know from my own work Deb’s fine ear for language, and critical acumen, has helped improve the writing immeasurably. I’m sure many of the people here today can say the same. Here there are poems about nature, the idea of home and what home means, about grief, and observations of human foibles.

As you’d expect with Deb’s work there is a typical economy of language that is full of subtlety and suggestion. Every word precisely pitched. The metaphors exquisite. Even in such a small collection (19 poems), there is a great versatility and range in tone, from the lyrical to the historical to the vernacular. In the poem 'At Coolah', for example, she discovers a magazine in the general store called Boar-it-up-ya. And in the 'Fish Café' the cook pants and sweats
“until it seems he will split open
like something roasted whole.”

The longest poem here called 'The Crossing', with its 19th century formality and Irish references, comes from the Black and Blue exhibition held at the Blue Mountains Cultural Centre a couple of years ago, and is quite different in tone from Deb’s previous work, yet just as engaging. Though perhaps my favourite, (hell, they’re all my favourite), is 'Magnetic Poetry Kit', which is deceptively simple and profoundly moving.

Never cook a tiny goddess or have less love.

By then you’d gone.
I took a photo of the room
and everything in it,
opened all the windows
and drove away fast.

through the dream shot a car
mother likes the wind.

Contrast this with the feisty, fire-and-brimstone side of her personality. Deb, and I say this in the nicest possible way, can be a great hater. She rails against injustice, against social inequity, against bad poetry, against pretension. She doesn’t suffer fools gladly. However she can also be a great forgiver, and these poems are partly about finding a way to reconcile ambivalence.

When I think of Deb one of the most characteristic words that comes to mind is her generosity, both as a poet and a teacher and a friend. I’m talking about the generosity of her advice, her wisdom, her poetic insights, her humour, and her capacity to love. That is, her generosity of spirit. This book is full evidence of these qualities. It is also testament to one of Deb’s favourite quotes from Kenneth Rexroth:
“Against the ruin of the world the creative act is the only defence.”

Talking of generosity, and what better place to do so than in this house, with all it has come to represent for so many people, I have to thank Jansis O’Hanlon for letting us launch Winter in Stone Country here. I know it’s not part of Varuna’s core business, so we’re very grateful.

I’m talking also about the generosity of Hope St Press who have done such a fantastic job of getting this book into the world. Their inaugural venture. Not only the look and design and feel of the thing but the whole enterprise, which must have been a steep learning curve. But look what they’ve achieved. Vanessa Kirkpatrick, Craig Billingham, Judy Martinez and John Lekkas are to be congratulated on putting together such a beautiful butterfly of a book. It is a gracious, generous act of love, and the poems, in reply, live up to that gesture. It’s a book which I am honoured to launch into the world. This is a cause for celebration, and for the price of a round of coffees you can’t go wrong. 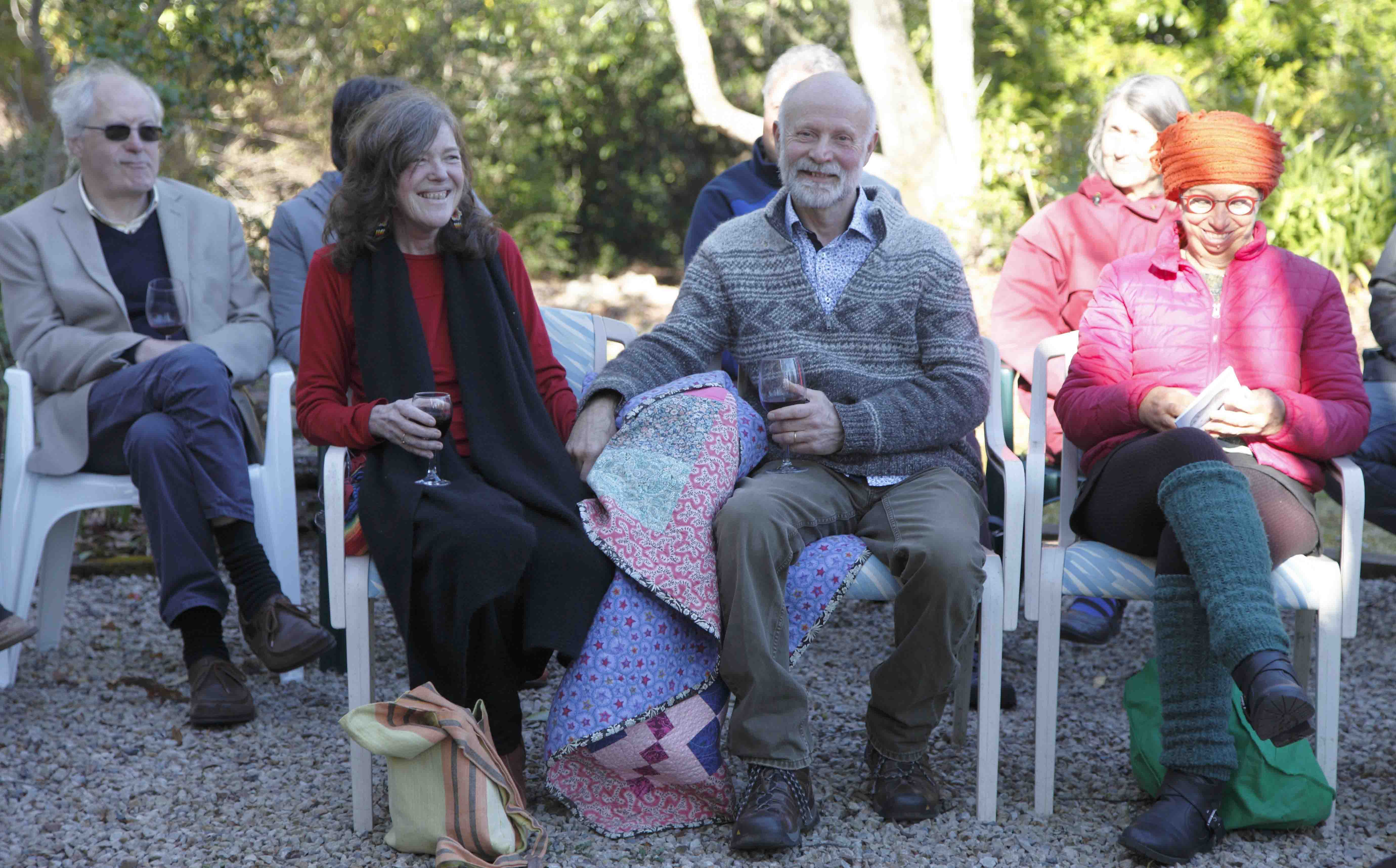 Deb and her husband John


Born in Melbourne, Mark O’Flynn now lives in the Blue Mountains. His first novel, Grassdogs was published in 2006 after winning the Harper Collins/Varuna manuscript prize. His novel, The Forgotten World, was published by Fourth Estate/HarperCollins Australia in 2013. His short stories, articles, reviews and poems have appeared in a wide range of journals and magazines both here and overseas including Australian Book Review, The Bulletin, The Good Weekend, Heat, Westerly, Meanjin, Southerly, Island, Overland, New Australian Stories (Scribe) and Best Australian Stories (Black Inc).