Australian Poetry Journal held a Hobart launch in December to commemorate an issue (Volume 6, Issue 2) with a focus on Tasmanian poets and presses. 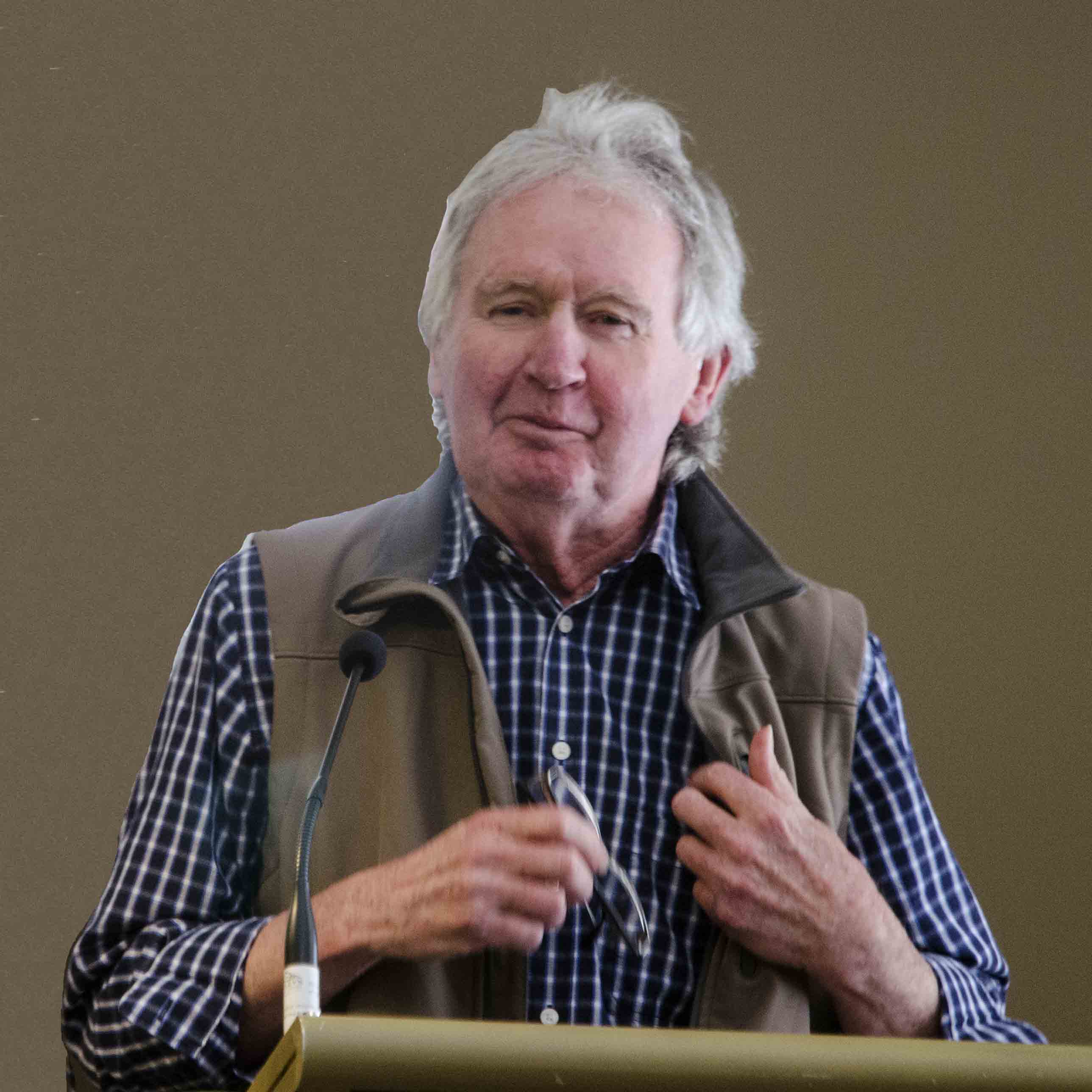 Speaking of his vision for the journal, editor Michael Sharkey said he'd constantly sought to feature the work of translators as well as poets, and this issue presents translators Carol Hayes from Canberra translating three Japanese women poets - 'feisty women too: you'll get some surprises when you get to read what they have to say,' said Sharkey - and Zeina Issa, an Arabic-speaking poet translating the work of exiled Iraqi poet Khalid Kaki, now living in Spain.

'I'm interested in contacts, connections and history,' Sharkey continued, 'and in talking to Zeina about her translations of Khalid Kaki, I learned she'd lived in Tasmania, in Pontville. Some of you will know about Pontville, north of Hobart and the site some years ago of a detention centre at a time when the Federal Govenment threw millions of dollars at it to cater for the needs of some 400 people, mostly men. She was here to translate for minors who were held in detention in 2012-2013 ... there's a special interest for me in having a deeply humanitarian Arabic-speaking poet translating a poet also in exile, from the regime in Iraq and now living in Spain.'

Jacinta Le Plastrier, CEO of Australian Poetry and deeply enthusiastic about the outlook for the organisation, referred to the 'amazing team of young poets' curating nine major festivals this year and another seven in 2017, including Tasmania. 'We are so excited about the Tasmanian curating ideas that we're going to discuss with Chris [Gallagher, Tasmanian Writers' Centre Director] tomorrow. I want to honour Toby Fitch, the Sydney editor and poet who is the main curator - and, with reference to Australian Poetry Journal, I also want to use this opportunity to thank Michael Sharkey so deeply on behalf of the organisation. He has consolidated the journal in the last three years - this is in fact his last issue - and set the journal up in a great place to go forward in other ways. We're creating a new model next year where we'll have guest editors for every issue of the journal, and they'll be curating to a certain theme - not geography - next year. Ali Cobby Eckermann and Ellen van Neerven, both outstanding Aboriginal poets among so many who are writing from the indigenous poetry world at the moment, will edit the first one - 7.1 - next year. Just keep that on your radar.... Australian Poetry revolves always around poetry, poets and the people who promote and publish: that's our passion, that's what it's about!' 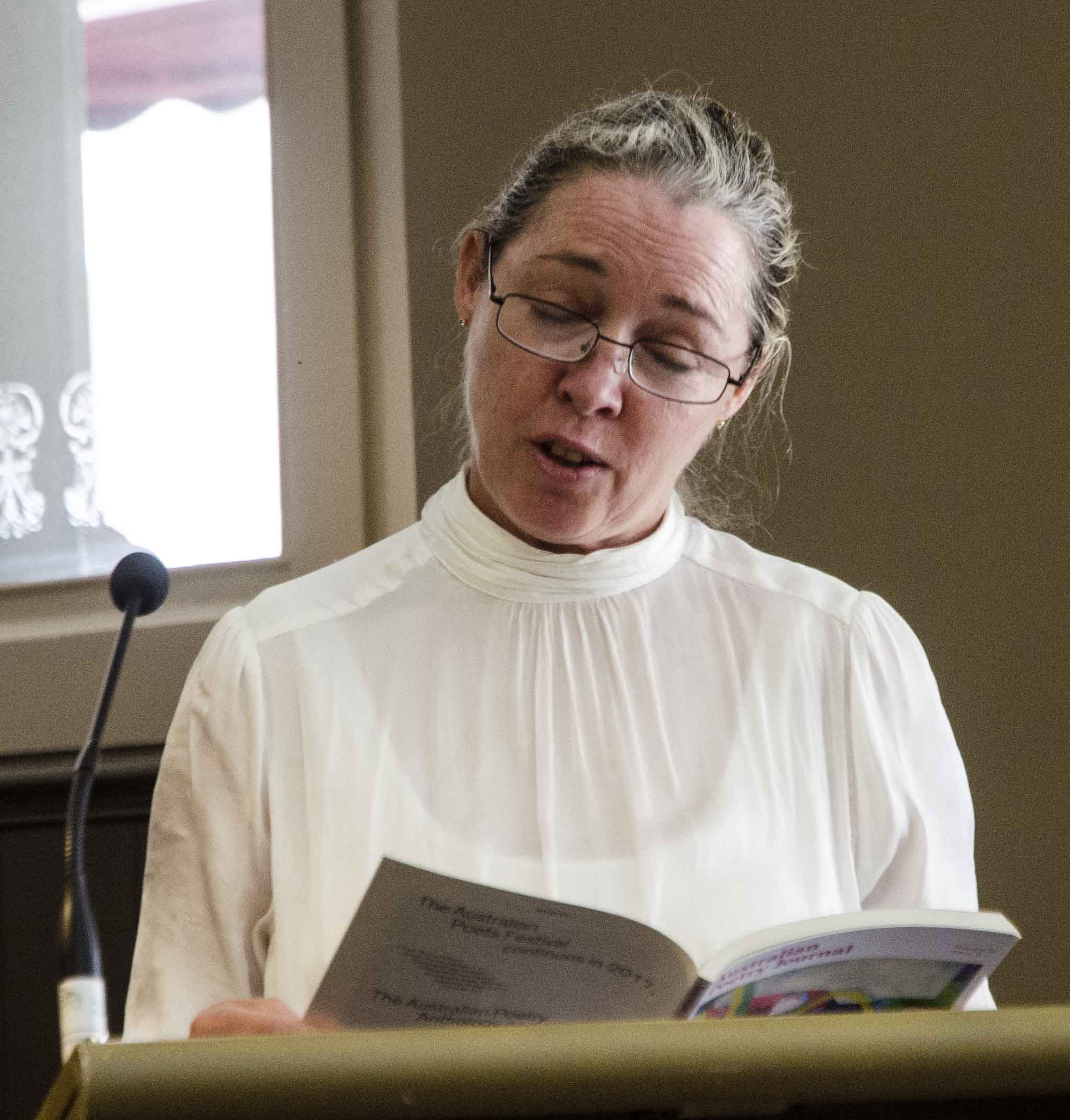 Jacinta introduced poets Anne Kellas, Kristen Lang, Jane Williams, Adrienne Eberhard, Gina Mercer, Sarah Day and Tim Thorne. 'I'm aware most of you will know their biographies and their work, but nonetheless just to introduce them to those who may be here who aren't aware of their work so closely, I do want to give them an introduction before they read. So first of all I'd like to welcome ...' 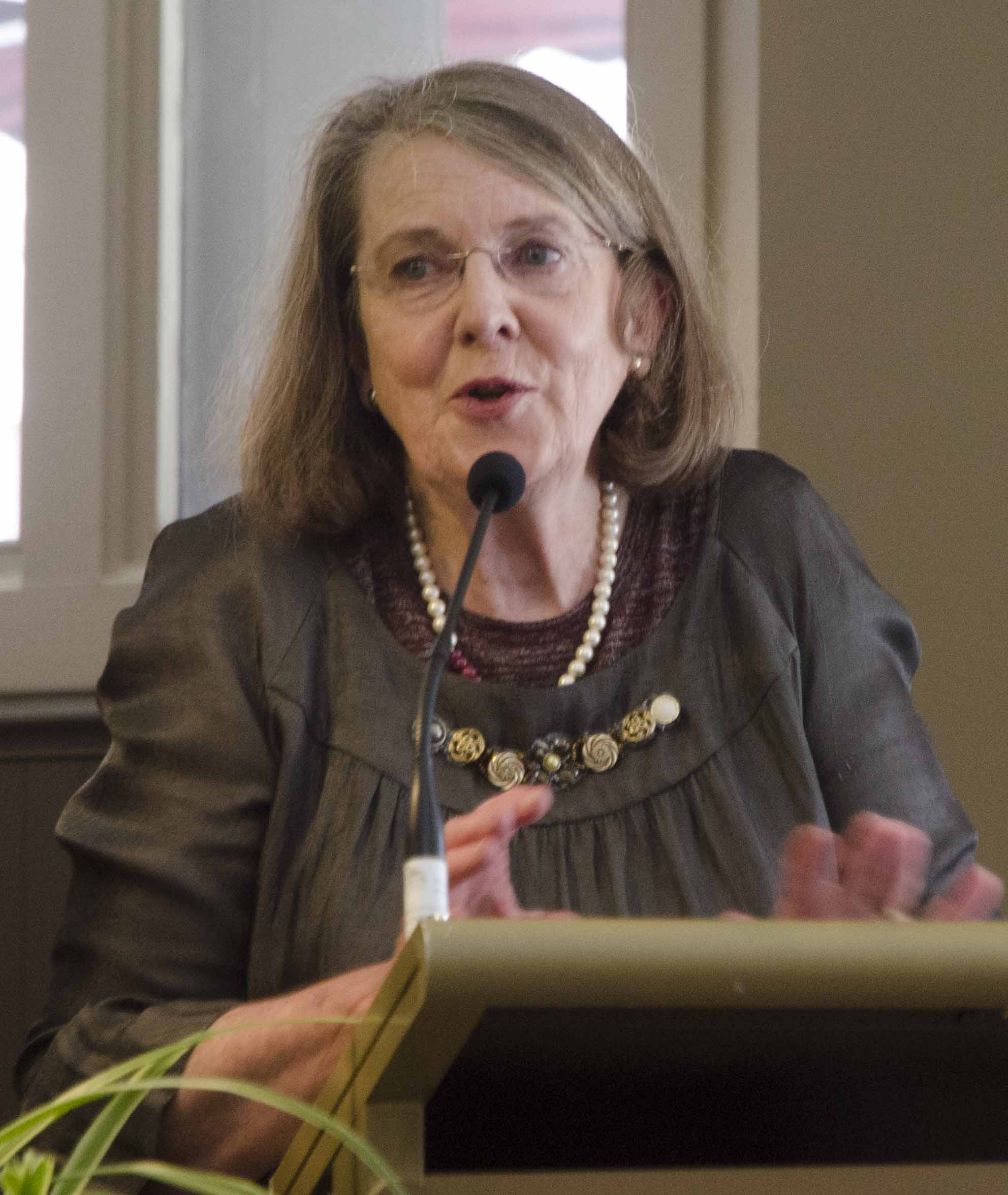 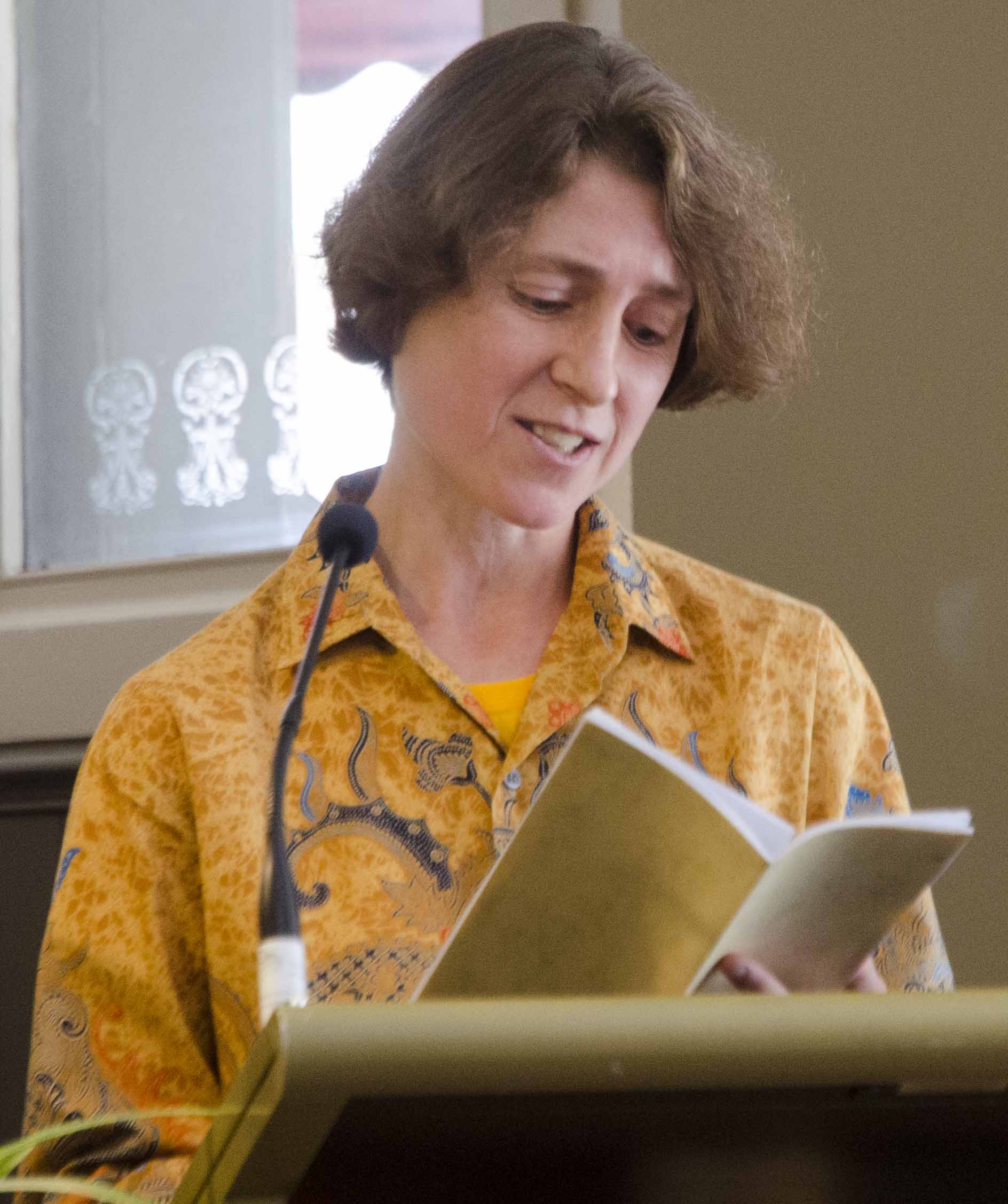 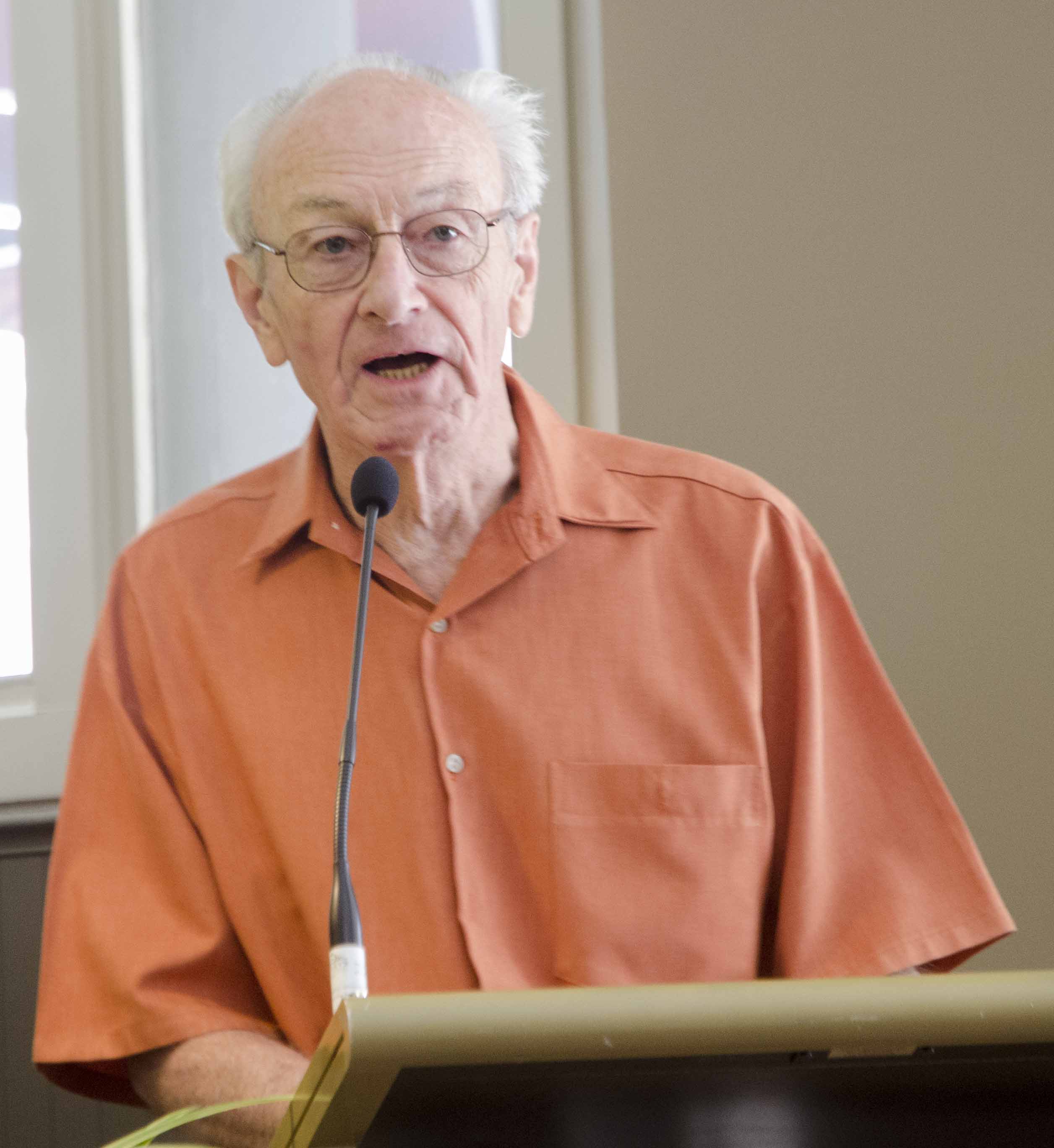