Nicola: We are going to do an unusual thing, co-launch this book as a double act. We think that Yuiquimbiang, which is quite radical in itself in its form and content, deserves a somewhat unusual launching approach. 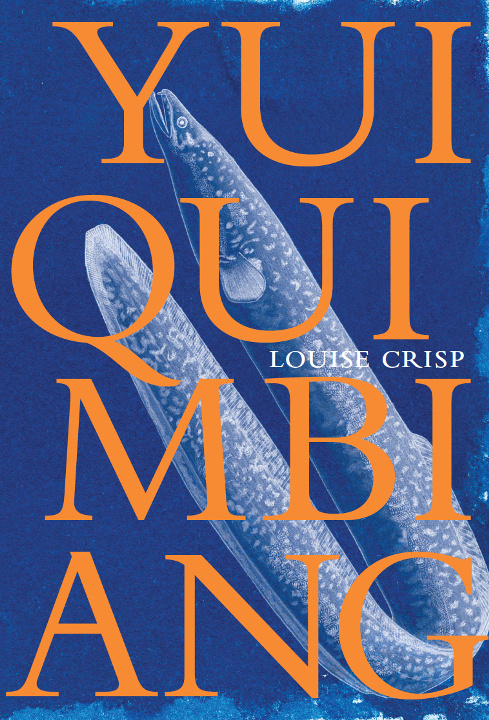 My first contact with Louise goes back to the time she submitted Grasses, one of the poetic sequences in the book, for a reading at the Two Fires festival of arts and activism in Braidwood in 2007. I immediately thought ‘this work is a bit different’. And indeed I think that about all her work! And over the years of friendship and our many hours of conversation about the writing process and about poetry, often straddling divergent views, I’ve been struck by Louise’s extraordinary determination and yes, let’s call it, stubbornness – in a good way! And wow, she has I know needed both qualities in the making of this collection of writings. Her powers of self-navigation in the literary context are very impressive. As also in her explorations and recordings of country. Sustaining her in the long, mostly solitary, work of making this book. Always accentuated by being a writer in a country region. How exciting it is to hold the book in my hand, such a striking work of art, from the front cover with its wondrous eel, through all the pages, to the back with its mayfly. All credit too to Kent MacCarter at Cordite for having the vision to, as I understand it, keep nagging Louise with ‘isn’t it time you had another book out?’

Louise describes the book (in her introduction) as ‘part of an ongoing project to create an ecopoetic form that integrates political essay and environmental poetics: a project that evolved out of my double life as a poet and environmental activist.’ I stand in awe of activists – their courage and tenacity – and also admire those who know all the Latin names for plants, so Louise’s scholarship as both an activist (researcher) and namer impresses me hugely. Luckily she doesn’t expect me to answer in the same lingo. And luckily for us as readers this book definitely doesn’t rant at us or treat us as ignorant. It simply invites us to go walking with Louise, to notice what she is noticing as she walks.

Harry: When I’m reading Yuiquimbiang I immediately feel I know something real about country, particular stretches of country: the Monaro lakes, the Snowy, East Gippsland. I become intimate with certain places, secret places, even degraded places. Whatever internal map I might have had, my images are now overlaid and mixed up with Louise’s version. And I mean that as a huge compliment. Very few writers insert themselves into my world that way.

But Louise, like Nicola has said, has walked up these words, walked these words into being and they do seem to come from the land itself. Such a contrast, her own evocations, with the terse, flat and unemotional descriptions she quotes from early explorers and settlers. And one of the reasons this charting of country has such an impact is because Louise doesn’t leave out the hard stuff, the eroded, the dry, the ripped out and the denuded. Her eye takes it all in, charts it all. I think she’s doing something really interesting here, something unusual and daring which is to break away from the lyric impulse that often informs writing about country and to say, look this is what we actually have now what we see now, traverse now and we can’t know it properly until we know what’s been lost.

Here's an example from Providence Ponds

But I don’t want you to think it’s all depressing or that Louise deals in loss alone. She’s also a witness to abundance, to mass flowerings, great gatherings of waterbirds, kangaroo grass / truculent, succulent. And the sudden flowing of the Gungarlin River:

A deep hum rises through the canopy of trees. I have not heard that sound before. The rivers have been dry for fifty years. There is white water in the steep valley below.

Louise and her sister Ros stumbled on this…maintenance was being done on the Burrungabuggee diversion shaft and the Gungarlin was flowing again as a result.

And that sound seems to continue even as the river bed continues bone dry.

Nicola: Louise says: ‘The only way I know how to write is to walk.’ And that ‘…this collection is grounded in extensive walking, listening and research’. Louise asks us to accordingly read the book slowly; stressing she has ‘spent decades attending to this place’. Place being both East Gippsland and the Monaro and maybe also an inner place. Louise’s rhythm of language is set at walking pace.

And with her as a guide, I’d follow Louise most places she wants to go. I do remember walking with her one time on one of the tracks near our place bordering Monga National Park near Braidwood, a track I’m extremely familiar with. But Louise made me feel I was seeing the land there totally anew, pointing out particular glider scrapes, prints on the ground, plants I’d not identified. It’s a bit like walking with a visual artist, their eyes are twice as keen as one’s own. Louise also has a remarkable set of eyes, and she sees not just what is there now but what used to be there as well.

I like Louise’s clarity about her aim to integrate the political and the poetic, to write as both activist and poet. The writing, the shape of the work, reflects this integration. I am especially touched by how successfully Louise has achieved her aim, knowing from many of our phone raves together, how Louise had huge doubts about how to do it. How to shape this hybrid form that incorporates both prose, more in the essay style, and poetry – poetry that is bursting out of traditional seams. How few models there are for it. How inventively, creatively she’s had to think. Outside the poetry square. Outside the essay square. Just a couple of days ago Louise explained how she wanted to write longer pieces because they reflect the expanse of the land better than short poems. That makes sense to me.

Undoubtedly the book provides its challenges for the reader. The pervasive lament for instance at what is lost to country and hence to us. A heartbreaking lament, how tiny the remnants of both flora and fauna that Louise describes in places, the damage that’s been done. It’s easy to underestimate the emotional demands of staying with the grief of what’s been lost. I can barely conceive the Indigenous perspective of that. And Louise is constantly referring to the past indigenous inhabitation of the land, the scattered tools, the presences at a water hole.

As she describes in Monaro Lakes

So amidst the loss there is still the chance to see beauty, to notice the exquisite detail and this is the redemptive aspect too within Louise’s vision. I recall her saying recently that beauty is vitally important to her. And she’s a poet trying to express it:

then the poignant mix of images from Eucumbene

and here’s my last quote from the end of the book, in Wild Succession,

I know Louise says in the book ‘Yearning was not a useful thing to encourage…’ but I’ll take that flare of the match as some flare of hope that we can learn from Louise’s fierce and loving attention to the land, and work and walk to restore its wholeness.

Harry: From that wide vista I’d like to circle back to the nitty-gritty, the nuts and bolts, sorrows and occasional joys of being an activist. As many of you would know, Louise has been doing this looking and walking and writing of what has become Yuiquimbiang whilst also being deeply involved in activist activities. The Snowy River, the gas plant, the forests, the Stockman mine, back to the forests. Back to the rivers. It never ends. And it can get so toxic. It can overwhelm. But Louise doesn’t let this distract her, I think maybe she is able to tap into the power of the land or the land taps her and she recharges again. And one of the ways she anchors herself in country and in these times is by saying this is what’s here, keep looking, here’s a list of things. Louise enjoys a list as much as the next person –these lists of places from Grasses

and flowers from Wild Succession

You can hear the delight in the actual sounds and in the talismanic quality of names. And here’s another quote, again from Grasses which contains the sorrow, the concrete fact, lyric impulse and challenge to the reader :

Oh it does, it does.

Yuiquimbiang charts this so powerfully, breathes life into the full gamut of the contest. I declare this book launched.


Nicola Bowery is the author of four collections of poems, most recently child in the wings (Walleah Press, 2019). She lives in Braidwood, NSW.
Harry Laing is a poet, children’s author, creative writing teacher and comic performer with a passion for poetry, comic performance and for teaching. He has a website presence at harrylaing.com.au