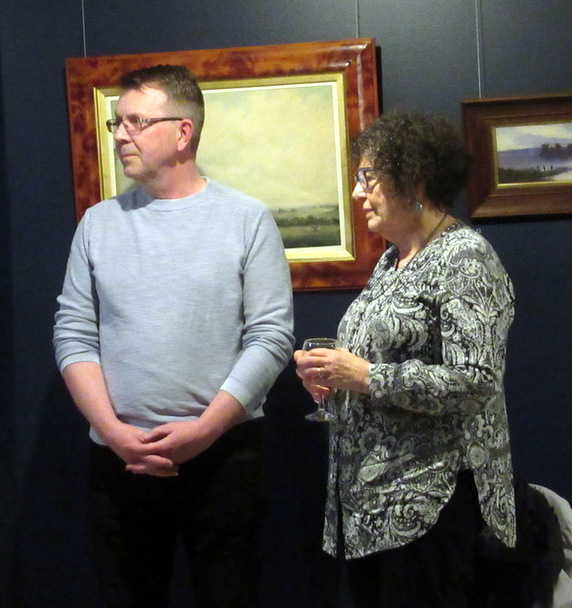 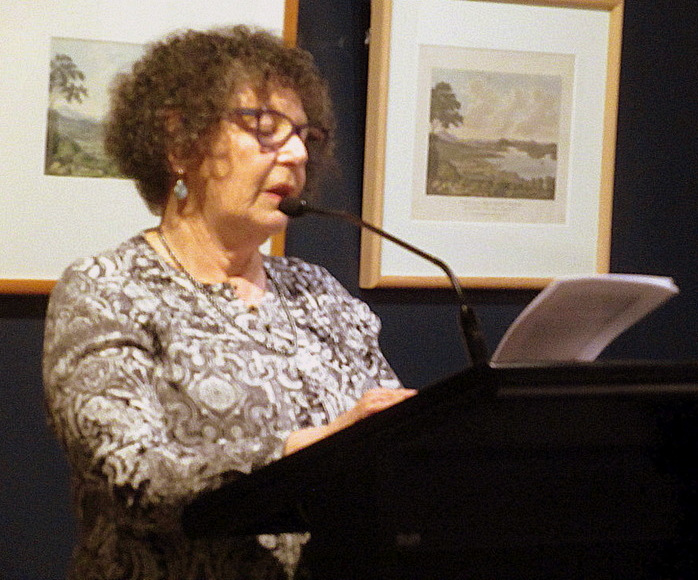 It’s my pleasure to welcome you to the launch of Ron Moss’s third book – Broken Starfish.

Many of you will have been here almost 18 months ago at the launch of Ron’s book of haibun, Bushfire Moon. Those of you who know Ron and his work are already aware of his voluntary service as a fire fighter and of his deep involvement with meditation and the study of Zen, a practice which influences and permeates his writing and his paintings. Some of you will be familiar with Ron’s work, and his engagement with the haiku form over many years and for which he has received wide acclaim through his publications and prizes.

Tonight we celebrate the release of his new collection, Broken Starfish, a compilation of haiku and beautifully produced ink brush paintings.

Broken Starfish is wonderful collection. The delicate paintings enhance the poems and add to the enjoyment of the book – but the haiku are also a kind of ink brush painting in the way that they use just a few strokes of the pen to create an entire picture, the white space, or what is left unsaid, contributing as much to the thought expressed as the words themselves.

the first stroke
of the ink brush
ravens in snow

In those ten perfectly chosen words we see the blank page suddenly come alive with the dark shapes of ravens on a snowy landscape, and the poem takes flight in our imagination.

Ravens feature throughout the collection – if Ron has an animal totem I’d say it is a raven – for more evidence of this see his wonderful slide show on YouTube, Heavy with Crows, and be dazzled by another expression of Ron’s unique talent. The ravens in Broken Starfish exemplify both light and shadow, a theme which is strong throughout this collection, evoking a sense of yearning towards the mystery of life, our place in it, the enigma of loss and grief, hope and joy, that is inherent in the big and small moments of our daily existence.

The setting out of the poems – one to a page – encourages the reader to pause and reflect, to contemplate the image and find the layers of meaning that reveal themselves.

Ron is alert, not only to the natural world where he spends much of his time observing and being immersed in its flora, fauna and the movements of the seasons, but also to our humanity.

his old hands
working the soil—
smell of brewed tea

it is easy to visualise the old man; perhaps he is a farmer, work-worn and with stained clothes and hands, and anticipating a few moments of rest when he can to enjoy a ‘smoko’ and a strong cuppa, as the enticing aroma of the tea reaches him.

There are many references to hands at work: the artist holding a brush or a pencil, a knife maker and a wood carver plying their trade, stacking wood, hammering nails, the barber stropping his blade, children gathering pipis, the striking of a match, the sharpening of an axe. It is details such as these that lend intimacy and tenderness to the poems.

Another feature I’d like to highlight is Ron’s use of sound in the words he chooses. These have a musical quality that appeals, as music does, on an emotional level. The cadences of vowels and consonants, of subtle alliteration, create a sonic landscape to accompany the imagery.

snow follows snow
the way a raven moves
over the mountain

Many of the haiku contain the open vowel sound of O – it’s there in the moon, in the shallows and shadows, in the stroke of a brush - and it resonates with our response of OH ! to the sense of wonder the poems convey.

Let’s take a look at the title poem of the collection:

This haiku speaks of fragility in the face of forces beyond our human control. The broken starfish is coupled with the unrelenting force of waves whose energy can be so destructive as they pound the beach. One imagines a storm. The last line, while children sleep, throws another layer over the scene: it becomes night, with the added mystery that darkness brings. Contrasted to this picture of wild surf is the image of children sleeping. In their innocence and the presumed safety of parental protection they are peacefully unaware of the dangers that the wider world holds. This juxtaposition creates a poignancy that takes us out of our comfort zone as we contemplate the hugeness of life and our own vulnerability, and know, without being told in the poem, that the children are also, like the starfish and ourselves, powerless against the tide of life and its vagaries.

It is tempting for me to pick out more of these gems and comment on their qualities, but the time we have doesn’t allow for that, and Ron is going to treat us to a reading from the book. I recommend the insightful foreword by Robert Epstein, himself a student of Zen, whose essay highlights that particular facet of Ron’s writing. You will also gain a lot of pleasure and joy from discovering the poems’ power for yourselves as you read them thoughtfully and slowly and let their beauty seep into you, just as the beauty of the moments that Ron has captured have become part of him, to be expressed in such a way that we, his readers, are able to take them into our own hearts and be enriched by them. 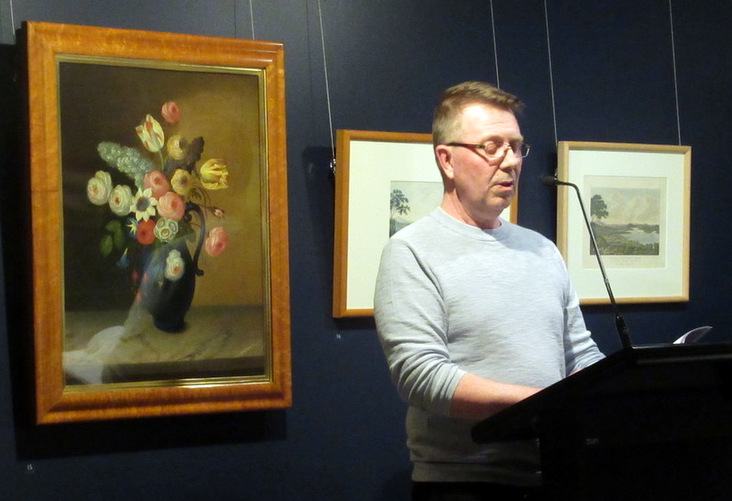 
Lyn Reeves writes poetry, haiku and short fiction. She is coeditor of Echidna Tracks: Australian Haiku and Vice President of The Australian Haiku Society. From 1994-2012, she edited the haiku section of the literary journal, Famous Reporter, and has guest edited for numerous haiku journals. Her first haiku collection, Walking the Tideline, (2001) is now available as a free e-book download from The Haiku Foundation Digital Library. Her new collection of haiku and senryu, field of stars will be launched in Hobart in September, 2019.

Lyn’s work has earned grants from Arts Tasmania and the Australia Council. She has been a featured reader at several writers’ festivals and collaborated with painters, printmakers, musicians, photographers, mountain workers and scientists for various exhibitions and poetry events. Her poetry has been translated into French and Russian, set to music by composer Rosemary Austen and read on ABC Poetica. She lives in Hobart, where she co-convenes the haiku group, Watersmeet.