From her blog 'A Life in Wales' 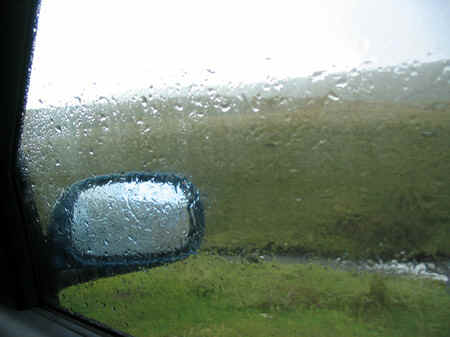 This morning I woke to a dusting of snow on the mountaintop. Now it’s a steady rain, cold and gloomy….the kind of afternoon that calls for a splash of brandy in your cup of tea.

Once when asked for my occupation I replied "rainwatcher"… it’s inevitable when one lives in Wales. I could spend my winter brooding over the lack of light, or hiding inside to escape the biting wind off the North Atlantic and the seemingly constant drizzle. Instead I bundle up in layers, put on the waterproofs and take myself outside. In many ways this is necessary for survival, if not physically then for emotional survival as my mind could cave in on itself for the lack of direct sunlight.

I’m still learning about this occupation of being a rainwatcher and actually I’m just an apprentice. What I do know, so far, is that it’s about being fully in the present moment and not locked in some past struggle or future question. However, my mind tends to frequently wander backwards into the past or else goes racing off into the future. I’ve still much to learn.